Ready for the busy season? 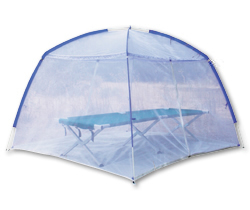 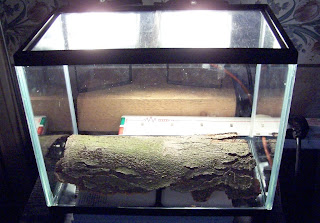 Last year I started off with an energy saving light bulb, a few bits of broom handle and an old sheet...this was a similar set up to the one I used when I first trapped back in the early 1970s and it worked ok but things have moved on since then so I had to move on too. I made my own Skinner type trap and got some MBT electrics....the amount of moths I was trapping quadrupled, I now also have a MV and actinic system so I can keep up with the changing seasons BUT no matter how many moths I catch some of them have a habit of flying away the second I take the top off the trap(specially if there are a lot of over excitable Large Yellow Underwings in there too!). This obviously proved to be frustrating on many more than one occasion, 'losing' a moth before I had a chance to ID and get a photo of it meant that my records didn't really show the correct numbers or possibly all of the different species I had actually trapped so this year I have taken a few steps to try to avoid it happening again. I looked on eBay and found a freestanding tent style mosquito net(see photo above) which I will be setting up in my garage, I can go inside to empty the trap and even if something does escape it wont get far, this should lead to some interesting comedy moments if there's a wasp in the trap but that's a risk worth taking. If you think this is a good idea and want something similar I must point out that some mosquito nets are treated with a chemical which kills insects so be very careful when choosing!!. Another problem I have had is getting decent photos of the moths I trap with lighting being the main problem, after trying several different types of lighting combined with assorted camera settings and I've found that tungsten lights seem to do the best job but in order to get the moth in a suitable position for the light to work I have had to place it in a plastic tray so the photos don't exactly look 'natural'. In my local branch of B & M I found a small fish tank(see photo above) which I have placed a piece of tree bark in and I will find other 'backgrounds' as time goes on, I have fixed 2 250w tungsten lights to a block of wood behind the tank and made a makeshift lid to stop the moths escaping....results so far are promising now all I need are some moths!. I must also add a big thank you to Ben Sale from the Essex Moths blog(http://bensale-essexmoths.blogspot.com/) for all of his help over the last 10 months.
Posted by IanG at 07:48

Moths found away from home 2010